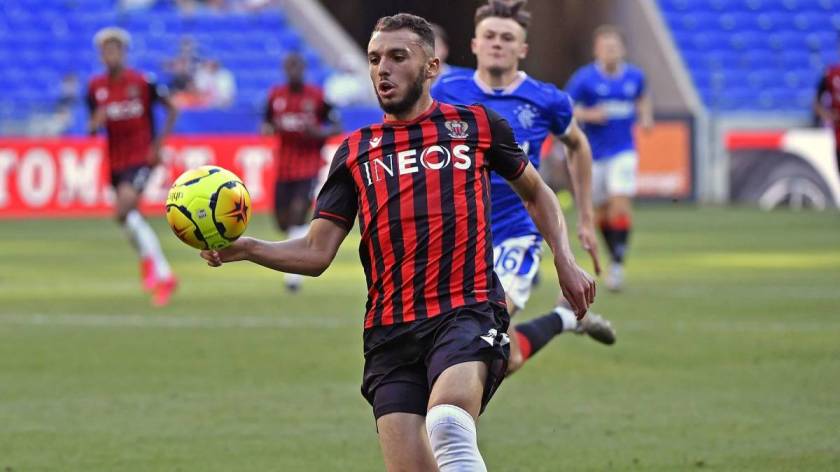 Clubs are constantly searching for the next big thing and with the rise of social media, it’s rare that a young star will manage to go under the radar these days – but with that in mind, we had a look at some of the latest wonderkids who you might not have heard of…yet!

Noah Katterbach is a young German fullback currently making his mark at FC Koln. The 19-year-old has only made 21 appearances for the German club but is already being tipped for big things. After being awarded the Fritz Walter medal two years on the trot, a medal given to promising German youth players, Katterbach will look to follow in the footsteps of previous winners such as Manuel Neuer, Jerome Boateng and Joshua Kimmich.

Katterbach signed a new contract at FC Koln this year so is likely to remain there for the time being, but has an exciting future ahead of him. Whilst a defensively sound fullback, the young German loves to maraud forwards. This is evidenced by the fact that Katterbach can boast a higher dribble success percentage than Alphonso Davies of Bayern Munich, who has recently gained plaudits for raiding his own left flank so dangerously. Katterbach isn’t the full product yet but has shown a few promising signs that he’s got the potential to become an excellent left back in the near future and he will be on many teams’ list of players to watch.

A simple google search of Yari Verschaeren’s name will tell you all you need to know about the young Belgian – he’s considered by many to be the next Eden Hazard. The 19-year-old has already won the Belgian young player of the year award and made his international debut for his country after graduating from Anderlecht’s famous academy.

Verschaeren is a versatile player and can operate in numerous positions but seems to be more suited to those where his creative talents can shine. Already technically excellent, the Belgian will look to build on a season that started very impressively, but was held back by both injury and the early season curtailment due to Coronavirus. With a number of international caps already to his name, the big clubs will be keeping a close eye to see if Verschaeren develops into the fantastic player that he promises to be.

Ryan Gravenberch is the latest in Ajax’s conveyor belt of young talent and has a huge future ahead of him. The Dutchman is a centre midfielder and has already been awarded the Abdelhak Nouri Trofee, an award given to the players considered to be amongst the strongest talent in the academy. He became Ajax’s youngest ever player to play in the Eredivisie, a title formerly held by none other than Clarence Seedorf, at just 16.

Despite only being 18 years of age, Gravenberch is already an imposing figure on the pitch and has an impressively physical style of play for someone so young. The Ajax man is more comfortable playing as the deepest member of a midfield trio but can also offer quality going forward too. His brutish defensive work, coupled with intelligent positioning and excellent passing range make him an excellent candidate for many a midfield. The Dutchman has already made 12 appearances for Ajax so far and looks set to add to that in the coming season if he can live up to his phenomenal potential.

Alessandro Bastoni is a 21-year-old defender currently on Inter Milan’s books after a €31m move from Atalanta in 2018. The 6 foot 3 centre back already has 33 appearances under his belt for Inter and was a consistent fixture in the Milan club’s back line this season.

Bastoni had his breakthrough season last year under Antonio Conte at Inter after a few loan spells previously at Atalanta and Parma respectively. Despite those two loan spells being rather indifferent, Conte saw fit to place his trust in the young Italian and Bastoni repaid it excellently. An aggressive defender, Bastoni is very keen to get stuck in whenever he can as well as also being very comfortable on the ball, a crucial feature of any modern player. With legendary defenders Chiellini and Bonucci both nearing the end of their careers, it’s time for some new blood to step up in the Italy defence, and Alessandro Bastoni looks to be just that.

Amine Gouiri is one of the most recent products of Lyon’s academy, however, after refusing to go out on loan for the year, decided to join Nice in a €7m deal. Gouiri is a French striker and made headlines instantly after securing his move, by netting 2 goals on his debut for the club.

The young Frenchman has huge potential and his incredible speed when moving with the ball means he actually ends up creating a lot of his own chances. As well as this, Gouiri also has fantastic technical ability and close control, allowing him to jink in and out of players before calmly supplying the finish. Gouiri has represented France at every age group so far, but even with the embarrassment of riches that the senior squad has, you’d bet on him to make that final step up in the coming years.

Who do you think will be the biggest star? Let us know in the comments and don’t forget to follow us on Twitter!